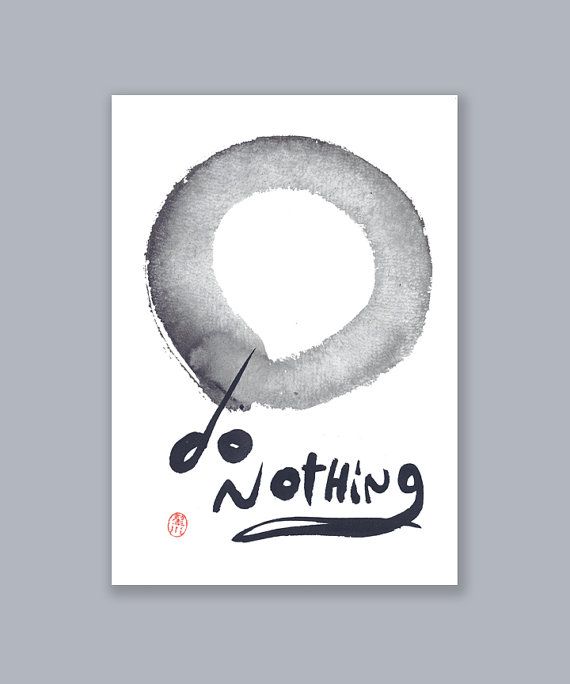 During the last month or two, I've developed quite an affinity towards Do Nothing practice. I started exploring Do Nothing several months ago, when I had a a bunch of really beautiful and powerful meditative experiences that eventually gave rise to an irritatingly strong desire to "awaken" (whatever the heck that means). I then decided to begin all of my sits with a 20-30 minute Do Nothing practice. It worked wonders. My desire to "awaken" is now close to zero. While it is unclear to me why Do Nothing practice is having positive impacts on me on and off the cushion, I hypothesize that the technique is effective in weeding out over efforting and striving, which are unfortunately quite common among practitioners of stage-based approaches to meditation, such as the one fleshed out in The Mind Illuminated (TMI).

In terms of practice instructions, I follow Shinzen Young’s approach, which can be found here. In a nutshell, there are basically two rules:
1. Whatever happens, happens. If there's mind wandering, that's OK. Let it happen. If there's distractions? That's OK too. Let it happen. Dull? That's OK too. Let it be. Difficult sensations? That's OK too. Let it be. Etc, ect.
2. Whenever you become aware of the intention to control your attention, drop that intention.
With regard to rule 2, note that you should not be monitoring your awareness for intentions to control attention. That would be doing something. Instead, the only instruction is that if you spontaneously become aware of an intention to control attention, then you drop that intention.
If you become aware of an intention to control attention and you try to drop it and find yourself unable to do so, then you don't need to continue to attempt to drop the intention. Your body/mind seems to be doing whatever it is doing automatically, and you just "Do Nothing", which in this case means allowing whatever is happening automatically to continue happening. This is how you sometimes spontaneously drop into a very concentrated state. If you have a robust meditation practice focused on anapansati (mindfulness of breath), you may notice that as you are “doing nothing” (i.e. letting whatever happens happen) you may suddenly become aware that you are attending to the sensations of the breath quite effortlessly. You may then sense that you may be trying to control attention by directing it to the breath. If so, then you should try to drop this intention of directing attention to the breath, as per the instructions above. But what often happens is that when you try to drop this intention, the attention nevertheless remains glued to the breath. Since you tried dropping the intention but were unable to do so, the conduct (attending to the breath) has become effortless and automatic (kind of like what is described in Stage 8 of The Mind Illuminated). Doing nothing now simply means allowing this effortless conduct to continue. Boom! You have dropped into effortless and stable attention on the breath by simply Doing Nothing. Pretty neat!
Interestingly, as I’ve continued exploring Do Nothing practice, I’m beginning to notice that if I begin my sits with Do Nothing and just "do" that, my mind is likely to eventually and quite spontaneously get really, really concentrated. Things become "feather light and paper thin" as Shinzen likes to describe it and piti begins to arise quite naturally. It feels like access concentration. When the piti arises, I've played with shifting my attention towards it and getting into the pleasure Jhanas. It works. Quite well, actually. So much so that it has now become supplanted the breath and Metta as my favorite vehicle for reaching access and dropping into Jhana's.
My sense is that Do Nothing, at least in a mind that is already unified enough (think Stage 6 and beyond if you follow TMI), tends to spontaneously lead to an expansion of the field of awareness. The expansion reaches a point where it seems like everything, including potential distractions, are enveloped in the field of awareness, such that they no longer appear as distractions, but instead as contents of consciousness that can be held in awareness alongside everything else. The practice seems to eventually lead to very, very robust, stable and all-encompassing awareness. In TMI terminology, the practice has made my metacognitive instrospective awareness quite robust and resilient.
Finally, it is important to note that the use of Do Nothing that I'm pointing to in this post is not as a vipassana practice, although it can also work like that. Instead, I’m describing Do Nothing here as a practice that can help us to further concentrate or collect the mind. As such, Do Nothing could, as my experience confirms, lead to increased concentration. Therefore, use of Do Nothing could actually help samatha-oriented yogis further unify and collect their minds even as they continue to treat mindfulness of breath or other concentration techniques as their primary practice. 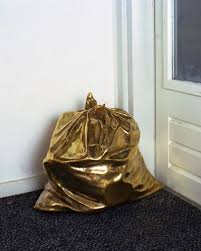