This is the second post of a multi-post series recounting some of the deeper insights gleaned during the course of my recent mid-April two week retreat. The logistics of the retreat and the arrangements made to hold it at home as a result of the COVID 19 crisis are detailed in the first "Retreat Report" post, which can be found here.

This retreat report details an insight into emptiness that arose in the context of exploring a physical sensation in my leg. Emptiness is one of the most obscure concepts in contemplative literature. As such, emptiness is one of those ideas or concepts that really needs to be experientially understood in order to be adequately grasped. While emptiness is the kind of thing that is best directly experienced, I hope that this post at least points out some fruitful directions in which one can take one's practice in order to experience emptiness for oneself.

The sit in question, and most other sits during the retreat, began with a period of Jhana practice to collect and unify the mind. After emerging from Jhana, the rest of the sit was devoted to insight practice.

This particular sit featured Shinzen Young's noting technique as the primary insight practice. This led to significant insights into the emptiness of all phenomena. Here is a more detailed description of the sit, taken from the notes jotted down right after the sitting was over:

I've noted this kind of bodily physical sensation hundreds if not thousands of times during my meditation practice. However, this time there was something different. This time, it became clear that what was really going on in the body-mind was a physical sensation (labeled "feel out") that was almost simultaneously accompanied by a mental image of a body part (labeled "feel in"). This mental image (of my leg) was seen as not being part of the external world in the conventional sense. That is, the image was seen as a mental construct as opposed to as a "leg that exists as an object in the external world". Rather, it was clearly seen as being produced by the mind. In other words, this mental image, this "see in" that showed up in the visual mental space, was merely a thought arising in awareness, like all mental images are.

At first glance, the experience just recounted may seem unexceptional. But upon closer inspection, it was actually quite insightful. One thing I've noticed when there are insight experiences, is that there are often no "fireworks" that accompany the experience. Many meditators seem to believe that insights have to come packaged in the form of an incredible peak experience that leaves one bewildered and dazed. That real insight must be the product of mental fireworks that unmistakably change the fabric of reality and yourself. In my experience, this is simply not the case. It's not that there are no peak experiences in meditation. There surely are, and I've experienced my fair share of them. And it's also not that there are no bewildering moments that leave you mystified and amazed. Once more, there sure are such moments in meditation. But, and this is key, peak experiences and moments like these are decidedly not necessary for significant insight to arise. Insight arises whenever an experience generates an intuitive understanding about how the body-mind works and/or how the body interacts with external reality. Sometimes the experience is quite mundane, but the insight may actually be quite significant.

To give you a taste of what I'm talking about, almost all beginner meditators quickly realize that (at least a subset of) their thoughts happen on their own. That is, thoughts think themselves, much like sounds hear themselves. You don't need to do anything to make sounds - or thoughts - happen. They just do. Now if the beginner meditator were to reflect on what was happening, they would eventually realize that they are actually experiencing the strange phenomenom of having thoughts without there actually being a thinker of the thoughts. They just appear. As if out of nowhere. So, this could and should lead to the understanding (insight) that: "I am not my thoughts". Why? Because you can't control them. They are like sounds and physical sensations. They come and go as they please, with no input from you. If thoughts are like sounds, then you are not "your" thoughts, just like you are not "your" sounds. Boom - (early) insight into not-self! But the key here is that what is important is the understanding, not the experience itself. A common trap is to go chasing experiences and getting caught up in them. There's a little paragraph that I wrote on this during the retreat that attempts to get at this point. Here it goes:

Equipped with the understanding that meditative insights can and do occur in relatively unremarkable contexts, let's go back to the retreat report. What insights can be gleaned from having experienced my leg as a combination of physical sensation and mental images arising in awareness?

The insight is this: the experience revealed that I actually have no leg! At least I don't have a leg that can be directly experienced. Instead, what I actually experience is a physical sensation (say itch in the calf area) coupled with a mental arising ("see in" in the form of a mental image of a leg and the area of the leg that itches). The notion of "a leg", "my leg", or "having legs" was thus seen as a concept, a thought or a mental concoction. The leg was seen, in sum, as....empty.

The Buddhist concept of emptiness essentially means that things and beings are all devoid of a stable essence or self. Instead, things and beings arise dependent on certain causes and conditions. By implication, things and beings also pass away as the causes and conditions that their arising was dependent on fall away. A car, for example, is not really a thing with a stable essence. Instead, a "car" arises dependent on certain causes and conditions, such as the right combination of nuts and bolts, electrical wiring, wheels, tires, etc. When these elements cease to be combined in a certain way, the "car" will also cease to exist. To see the emptiness of the car is to realize that no such thing as a "car" really exists in the world. Instead, a "car" is simply a mental construct. A thought arising in awareness. A concept that we use to talk to people about certain objects of experience.

When the emptiness of the car is grasped, the car is revealed to be devoid of inherent existence and is instead understood as arising dependently on certain causal and conditional factors. One can see "through" the concept of "car", and instead see the minerals that gave rise to its metals, the sweat of the workers that put it together in the factory, the oil that was extracted from the earth in order to make it run, etc. The "car", therefore, is not necessarily a "car". To see it as a car is a choice. But one can also choose to see it as its component parts. To see it as the happy convergence of causes and conditions that momentarily coalesced to create this temporary form that we have mutually agreed to call "car". To see the car in this way is to recognize its impermanence. And to recognize its impermanence is to recognize that the car is empty of a stable essence.

Back to the retreat report. So how is it that my meditative experienced revealed the emptiness of my leg? It did so by showing me in no uncertain terms that I never directly experience this thing that we call "my leg". Instead, what I directly experience are physical sensations arising in awareness. I also experience a bodily image that arises in awareness that is generated as a result of a combination of (1) memories of the recent spatial location of what I take to be my body, and (2) real time tactile feedback of my body sitting, including pressure sensations from the location where the body makes contact with the chair. There could also be mental chatter of the type "my leg is itching". Crucially, however, this mental talk is not a direct experience of my leg. Instead, it amounts to thoughts about the concept "my leg".

In sum, there's never any direct experience of "a leg", let alone of "my leg". There's only physical sensations (feel out) coupled with mental images (of the body, the leg and perhaps a particular area of the leg), and perhaps mental talk conceptualizing the experience. But what I could never find was a direct experience of this thing that we call "leg". And that is because things such as "leg", or "my leg" are ultimately empty or devoid of a stable essence. A "leg" is a concept, a construct that I profitably use to communicate with others and myself about my experiences. It would be profoundly silly to go to a doctor for pain in my knee and refuse to describe the pain as arising in my "knee" simply because I believe that the thing that we call "knee" is empty. But it would also be equally silly to confuse the concept of a knee with the experiences that give rise to the concept of a knee. What is directly experienced are the sensory phenomena that give rise to the concept. The concept, in turn, is made up. There's nothing there there, other than the sensory experiences themselves. My leg is thus seen as a fabrication. It is seen as empty.

So what, if any, is the upshot of seeing the emptiness of my leg? A full answer to this question deserves a standalone blog post. In the context of this already too long post, suffice it to say that a lot of Dukkha (suffering, dissatisfaction) comes from trying to grasp things that are impermanent and, therefore, not a lasting source of satisfaction. More generally, we come to define ourselves by reference to things that will inevitably pass away (our health, our bodies, our character, our possessions, our family, etc). When these things eventually pass away, as they surely will, we suffer. Seeing the emptiness of all things and beings helps us grasp less because we see that there is nothing there for us to grasp in the first place.

How can I grasp and hold onto the car when I realize that this thing that I call car has no stable essence and is devoid of inherent meaning? By understanding that the car and its relationship to me are merely accidental, arising as a consequence of a concatenation of causes and conditions, I am liberated from defining myself and my happiness in relation to this object that we call car. Doing so ultimately redounds in less suffering, for I will not be caught off guard when the car ceases to be mine or is totaled in an accident.

By the same token, arriving at an understanding of the emptiness of my leg frees me from defining myself and my happiness in relation to my leg, and to my body in general. This, I hope, will serve to mitigate the downstream pain and the loss that will inevitably arise as the body ages, changes, and eventually passes away. 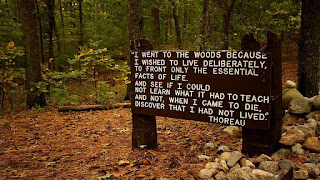