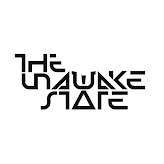 In the last couple of months, I've been exploring my relationship to awakening/enlightenment. Having done so, it's becoming increasingly clear to me that what is most skillful is to let go of awakening/enlightenment. To be clear, I'm not trying to let go of enlightenment in order to actually get closer to enlightenment. It is not a technique for reaching awakening that I'm advocating for. It's actually the opposite. What I'm sensing is that awakening is a trap, and one that causes much dukkha for ourselves and for others.
Three reasons underlie my belief that awakening is bunk. In what follows, I will briefly go over each of them.
(1) Awakening/enlightenment talk is ego-making and, as such, contrary to the project of seeing through the ego or sense of self. All this talk about "I'm a stream enterer" or "I hit second path", or "I'm awakened" is nothing more than a propping up of the ego.
(2) This unfolding that we call the universe/life/existence isn't awakened or unawakened. It just is. To talk about awakened vs unawakened states is to further solidify the dualities that one would do best to break down.
(3) Most people I know who explicitly claim to be awakened seem to be either delusional/ignorant or arrogant/insufferable. There's a big difference in the way that most self-proclaimed enlightened meditators carry themselves and the way that very skilled meditators who nevertheless refuse to conceptualize themselves as awakened carry themselves. And there's probably a reason for that. Not a lot of good is likely to come out of describing yourself in a way that consciously or unconsciously suggests that you know something that most of humanity doesn't and that that direct knowledge makes you somehow special. This kind of behavior is so obviously self-aggrandizing it is surprising that more people don't call it out.
I'll end by saying that prior to beginning my contemplative journey, I would have scoffed at the idea of anyone claiming to be awakened. I would've found it childish and/or delusional, in much the same way I found some claims of religious fundamentalists childish or delusional. Then, as I began chatting with other serious meditators, I started warming up to the idea of awakening.
Now, having traversed a chunk of the spiritual journey, I oddly find myself right where I started. There is no awakening. There never was. Chasing after it was silly. It still is. And I am thoroughly and completely unawakened. As unawake as a rock. But what's weird is that I find the discovery of my utter and profound un-enlightenement to be incredibly comforting. So, there you have it. I'm unawake, but quite happy. Go figure.